Nvidia quietly launching 3GB GTX 1060 version, but that’s not all! In order to meet the $200 price tag to compete with its rival the RX 480, it has some other slight downgrades

The GTX 1060 3GB, as the name implies, is limited to a 3GB RAM buffer. It also has a slightly reduced CUDA core count (1,152 CUDA cores, down from 1,280) and 72 texture units, down from 80. Other features, like clock speeds and TDP, remain the same. Reviews from Guru3D note that the GPU had some issues above 2560×1440 and its launch driver wasn’t particularly good (Guru3D describes it as “absolute horse-crap.”)

As for the GPU’s overall competitive performance, it’s roughly what you’d expect from a near-GTX 1060 at this point. In DX12 titles, AMD’s RX 480 tends to outperform the 1060, sometimes by large amounts. The RX 480 8GB is typically faster than the 1060 3GB across both DX11 and DX12, especially when resolutions rise and the 1060 3GB runs into frame buffer trouble. There are multiple titles where the gap between the 1060 3GB and 6GB starts off relatively small, but grows as resolution rises — suggesting the 3GB RAM buffer may not be quite enough for gaming in 2016, at least not beyond 1080p. Data and graph by Guru3D

That’s our concern as well, and it’s something gamers may want to pay attention to. If youknow you’re going to be playing on 1080p or below for the next few years, it may be a no-brainer to opt for the 1060 3GB, which offers most of a 1060’s performance for $100 less. But even here, I’m uncertain.

Just over a year ago, I wrote an article investigating whether 4GB frame buffers were enough for high-end gaming in 2015. While I ultimately decided that they were, this was partly because none of the GPUs we tested (including 6GB and 12GB models from Nvidia) could push a 4GB frame buffer and maintain an acceptable frame rate. Fast forward to the present day and it’s clear that 4GB of RAM is the new normal — AMD has pushed 4GB configurations all the way down to the $110 price point, while Nvidia’s GTX 1060 offers 6GB at $250 to $300.

Game developers tend to target the mass market, which means a 3GB card at 1080p should be fine for games today. But it may not age well. If you replace your GPU every 12 to 24 months, this probably won’t be an issue. But those of you who prefer a 3-4 year refresh cycle will be better off stepping up to 6-8GB of GPU RAM. 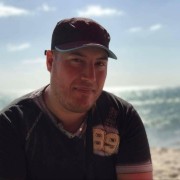 How to revive nearly dead laptops