As PC gamers, we all cheered when Microsoft announced that they’re planning to capitalize on the PC gaming market and get back to the game and pushed out DX12 and announced that several former XBox exclusives are coming to PC. We all waited, with our hopes skyhigh for the new revolutionary API with all the new things that it brought to the table in their highly anticipated game: Gears Of War Ultimate Edition. Unfortunately, we got slapped in the face by Microsoft, going as far as having V-Sync enabled and no option to disable it, no Sli support, no fullscreen mode, no .exe file! (It’s able to run because it uses the same framework as the Windows cheesy mobile apps) It’s exclusive to Windows store which has a buggy download method and no refund policy whatsoever. To top the cake, Microsoft decided to make AMD cards eat dirt. Dipping into the low tens in terms of FPS alongside frequent stutter as show in the video below:
But do note that Nvidia cards didn’t get away without any performance hits, because the game is running poorly on both ends due to its forced borderless windowed mode. And the reasoning behind the lesser hit on Nvidia’s end is that their drivers have a feature enabled by default to force the game to go into fullscreen, eventually increasing freamrate 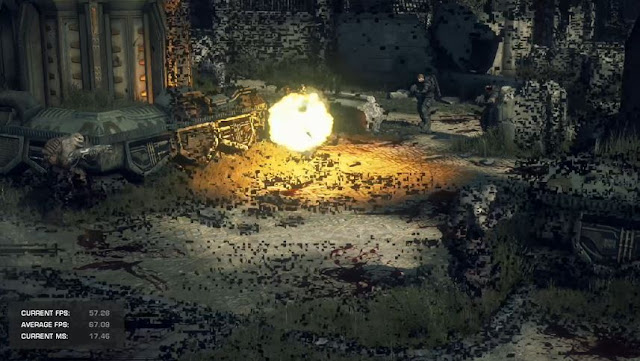 Enthusiasts and gamers overall didn’t let this pass lightly and have expressed their sheer frustration about the current state of Microsoft’s supposed plans to improve PC gaming, or should I say: Their desperate trial to monopolize the PC market. Furthermore, even Gears of War’s developers have expressed their concerns about this topic, savaging Microsoft’s acts.