The new lineup apparently consists of 4 pieces:
-The Fnatics “Flick” gaming mouse: This mouse’s name is obviously taken from the term “flickshot” which actually is kind of a selling point, it has one of the best sensors on the market (depending on which you prefer, whether it’s the Philips’ or the Pixart’s) Which is the Pixart 3310 laser sensor. The mouse isn’t marketed at being ambidextrous but it’s shape certainly fits both hands with a soft rubber coating. The design has an obvious resemblance to the Steelseries; Rival which was a long term favorite amongst Pro Gamers with its low profile rubber coated scroll-wheel and the cutout that starts from the front of the mouse and ends up under the mouse wheel with a DPI switch which you can assign to do a different task or give it a macro. It has two buttons on the left side which are not mechanical which was a surprise since Corsair made their Scimitar MMO mouse with 12 mechanical buttons actuating at 135 Grams. This was probably done to maintain a very reasonable price point at $49 which is a first for a mouse this precise. Even though it has RGB lighting it’s only limited to the scroll-wheel which you can customize via the software but this mouse is also marketed at being plug-and-p^ay so you won’t need any driver downloads right out of the box with on-board memory to store all your settings and macros. 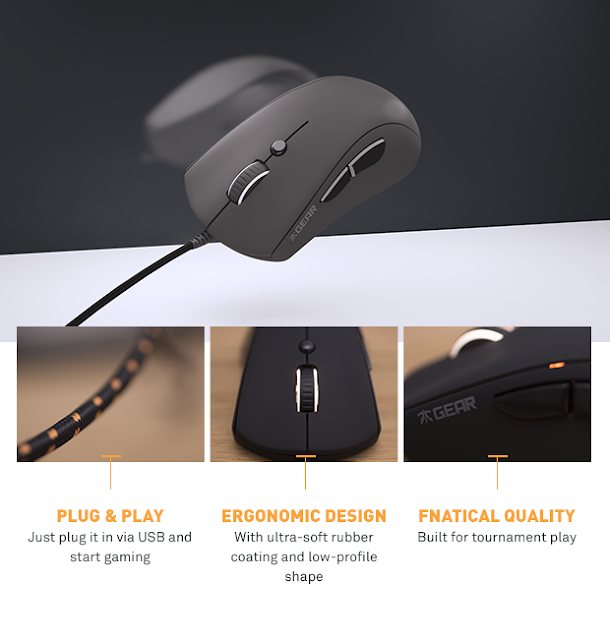 Moving to the second product which is the “Rush” keyboard which I would’ve liked to be called Rush(B)oard just for satirical purposes. This Keyboard is also rubber coated/Mat finished with a classic keycaps and, surprise surprise, it’s not ten-keyless! It’s a full mechanical keyboard containing genuine German-made Cherry MX switches with the classic 3 LEDs on top of the Number Pad indicating NumLock, CapsLock and ScrollLock. It has a “Fnatic Mode” which is just really a “gaming mode” that disables the Windows button. A per-key RGB backlighting that is customizable via software. The included 2 USB behind the keyboard is a really nice addition and this keyboard also comes with a wrist wrest included and retails at $119.
It looks fairly standard in its current look: 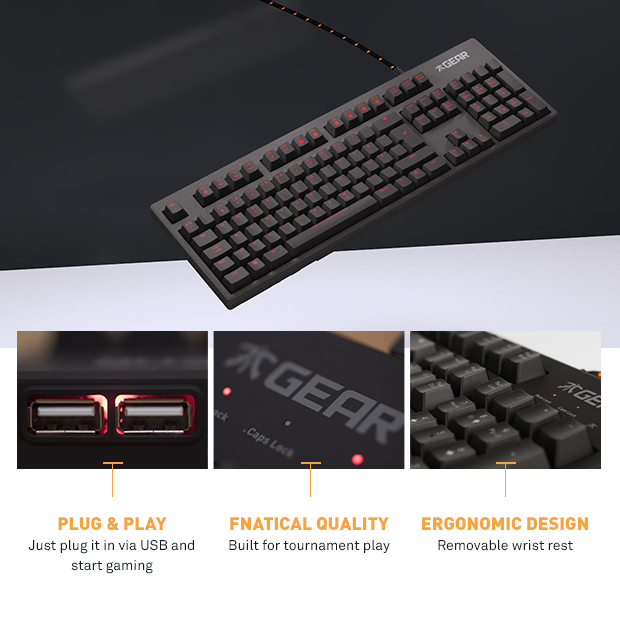 The other 2 pieces are just mouse pads one being a solid one called “Boost” and a cloth one called “Focus”.
They’re kicking out their project on indiegogo which you can check out right here