Microsoft’s Gears Of War is a DX12 disaster! 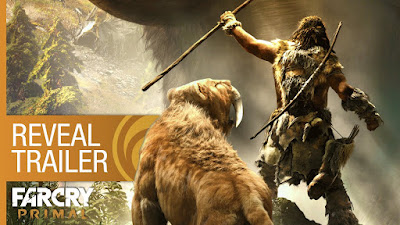 Less then 1& half year since FarCry 4 is released, here we are with the next title of this Franchise which is FarCry Primal.
FarCry Primal  is set in 10,000 BC, in the Stone Age, where humans began to use stones to create tools for their daily life, and a time where humans face numerous challenges to survive, and encounter conflicts with other humans and nature.Players play as a hunter named Takkar (Elias Toufexis),who is stranded in Oros, a former ice-covered valley, with no weapons and resources. He is the only survivor of his original hunting group, which get attacked and ambushed. Takkar will eventually rise to power, and lead his own tribe…
FarCry Primal will be released on February 23, 2016 for both Playstation 4 and Xbox one and on March 2016 for Microsoft Windows.
for more information take a look here
This is the Official Trailer Enjoy !