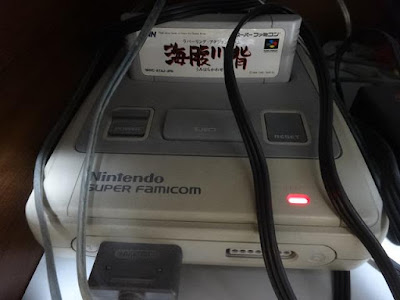 Umihara Kawase was released for the Super Famicom (Super NES in the west) in December, 1994, just 20 years ago.As you know, some cartridge games from the 90s featured a fatal flaw in their storage and the batteries keeping player saving theirs data eventually dies. A Japanese Gamer had this  problem in his Super Nintendo and he  wasn’t able to save his progress in the game. So instead of giving up (which most gamers do) he let his Super Nintendo On always. And it’s worked for him until now. This Hardcore gamer  must have a lot of patience and a lot of loves for this game.

Translation :  “Incidentally, I’m pretty sure my first generation Umihara Kawase, which has been on in the SNES for over 20 years, has been in operation for over 180,000 hours. If the power is tuned off, I’ll lose all my replay data. Probably.”

Most gamers were really surprised by the great performance of this great console ” Super Nintendo”, other said that this incident prove that this guy is living in a place with 0% issues in the Electrical grid for 20 years.