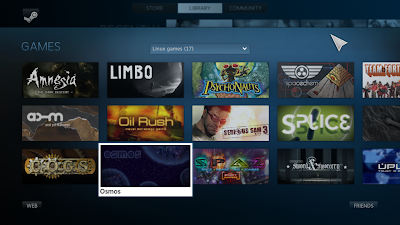 6.464 games on windows and 2.323 games on OS X are now available on Steam  , but  what about Linux?
Well, actually 1.500 native games are available for Linux users ( source : Phoronix). New games continue to be ported to Linux, many of the games ported over to Linux have been small, indie-type games, but there’s also been a number of exciting titles like DiRT Showdown, Company of Heroes 2, Metro 2033 / Last Light Redux, and many others. For the past few months have been a pace of roughly 100 new Steam Linux games each month. According to Valve, the five most popular Linux games right now include Counter-Strike: Global Offensive, Middle-earth: Shadow of Mordor, ARK: Survival Evolved, Team Fortress 2, and Dota 2. That’s sound good , but unfortunately users are less then 1%  which makes developer not happy about it. The reason was in general, the graphics card compatibility issues with Linux OS.
If you’re thinking of converting to Linux for gaming, be sure to read This article “The Best, Most Efficient Graphics Cards For 1080p Linux Gamers” which includes a number of AMD and NVIDIA cards on the proprietary drivers and looks at the raw OpenGL performance, power efficiency, and cost value.